Access into Washington, DC will be limited Jan. 16-21. The following is a comprehensive map and summary of routes from the United States Secret Service. 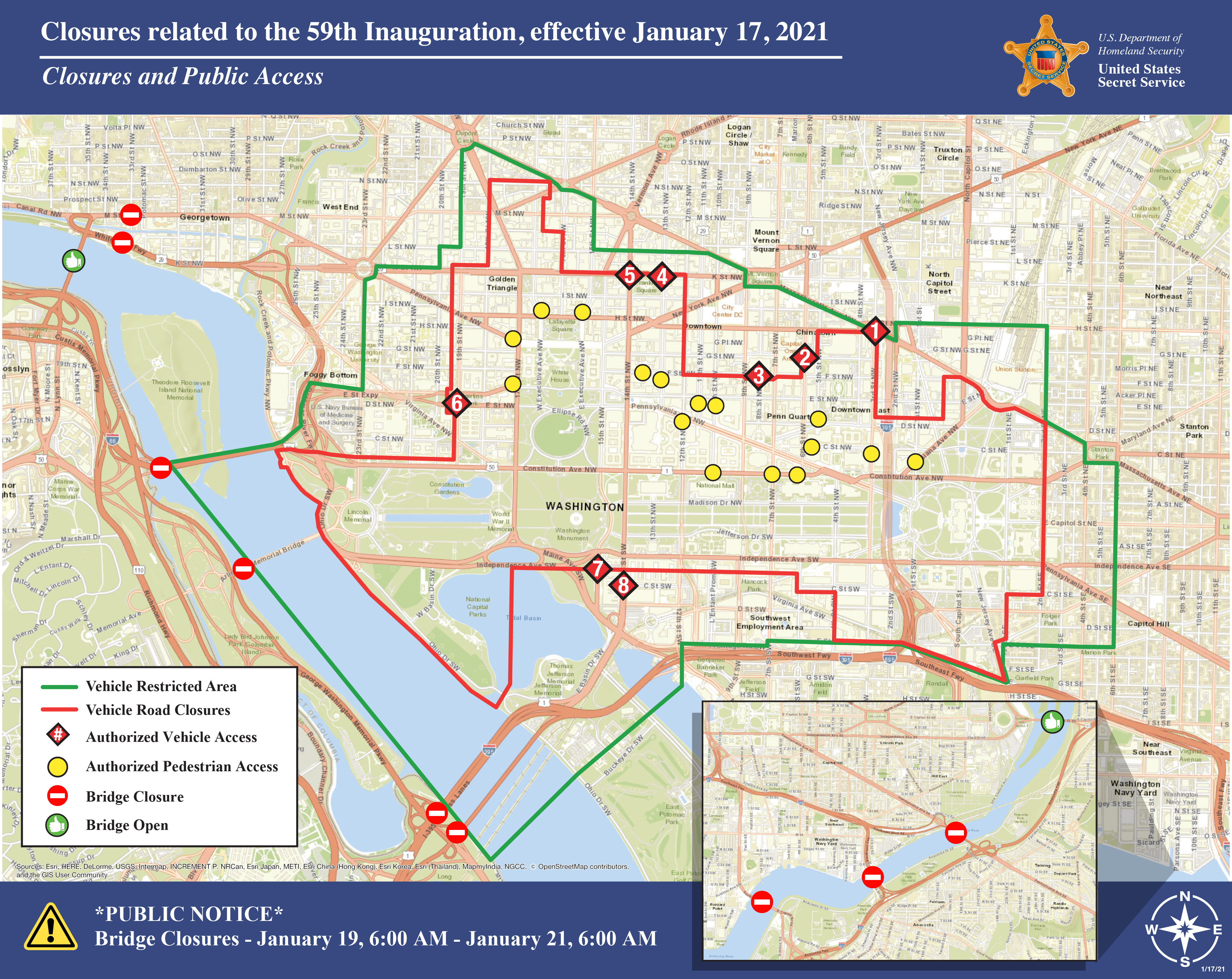 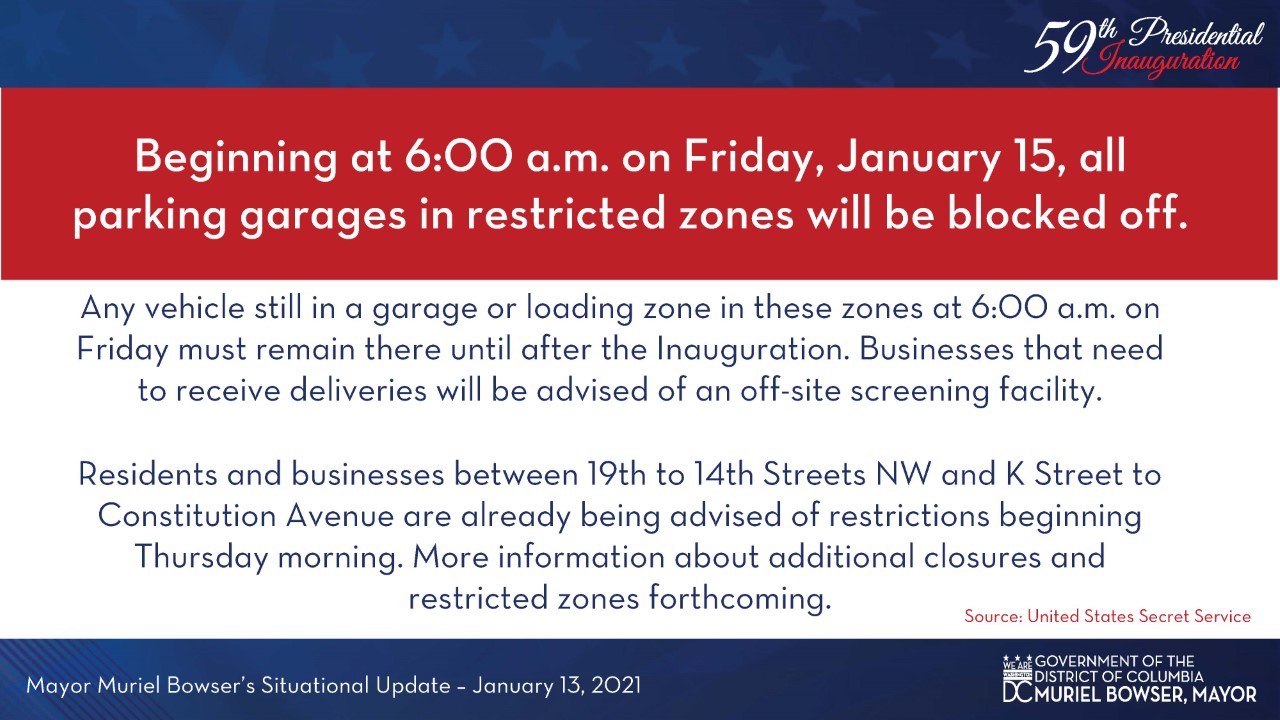 The National Park Service, at the request of and in cooperation with the United States Secret Service, will implement a temporary public closure of the National Mall beginning at 11 am on Friday, January 15 and extending through at least Thursday, January 21.

In support of this effort, the National Park Service is also temporarily closing to the public the following roadways and park areas:

The National Park Service and the US Secret Service remind the public that security restrictions pertinent to the 59th Presidential Inauguration have closed public access to the Martin Luther King, Jr. Memorial, through January 21. For information regarding access within the Washington, DC area, please visit https://www.secretservice.gov/protection/inauguration.

The following areas will be closed to public use:

The following bridges will be closed to vehicles, pedestrians, and cyclists beginning Tuesday, January 19, 2021 at 6 am. These closures will remain in effect until 6 am, Thursday, January 21. See below for information specific to each of the affected bridges:

The following bridges will have commercial vehicle restrictions, but remain open to local vehicles, pedestrians, and cyclists beginning on January 19, 2021 at 6:00 a.m. Motorists should expect delays and allow for extra time as commercial vehicles will not be allowed access. These will remain in effect until 6:00 a.m., Thursday, January 21. See below for information specific to each of the affected bridges:

Essential employees who normally cross these bridges to access their place of employment are encouraged to seek access to Washington from the east via 295 North at E. Capitol St., Benning Rd. or New York Ave. (Route 50).

Additionally, drivers will be able to enter Washington from the Capital Beltway in Maryland. All major roadways leading into the District are open. Both the Wilson and American Legion Bridges will remain open for traffic between Virginia and Maryland. Chain Bridge will also remain open.

All vehicles, including delivery vehicles that do not have appropriate credentials, will not be able to access restricted zones between midnight, January 19, and January 21 at a time to be determined.

For the latest traffic, street closures, and Metro services, visit: